The arrival and departure ends of energy flow in women’s bodies are yonis and throats. These are referred to as the two gateways to a woman’s emotions. So, let’s begin our session by answering a few questions.

Have you ever thought about your desires, your fantasies, your needs, and your wants, while making love?

Have you ever tried lending your ear to the voice of your yonis?

Take a few minutes to ponder and respond.

If the response is affirmative then sister, you’re at the right place.

Nevertheless, the denial is followed by an extended queue of women.

We are taught to be nice girls and speaking up our desires, our sensations while having intercourse is quite a challenge for many. I have been there too. Often expressing desires brought a lot of embarrassment and shame for no reason.

Several researches on females around the globe indicate that many women find it really frightful to say no to making love, even if they didn’t want to.

Have you experienced that, whenever an unwanted chunk of edibles is forced into your mouths, your mouth chokes? Mutual is the case with our yonis. When we are not at our peak or high on emotion and can’t say no to our partners, our yonis suffer. Women moan to please their husbands and not to themselves. Irony it is.

Masses of women are still unaware of the fact that our voices and vaginas are correlated. Our voices contribute much from sexual pleasures to tightness in our yonis.

Studying the vagina and throat anatomy gives the clear similarity among their structures, and why not ? They originate through the same seed which later splits into two.

The largest nerve of our body is called the “vagus nerve”. “Vagus” means wanderer and therefore travels from the brain through the throat and reaches the vagina. It is responsible for nervous system relaxation. Additionally, they are both supported in function by diaphragmatic muscles, both are remarkably intervening. These diaphragmatic strokes and voice vibrations stimulate the vagus nerve in a way that sends huff and puff of comfort to the nervous system.

If the voice gets shut down, the yoni is automatically shunned and vice versa and this disconnection often leads to anxiety, frustration, stress, and depression.

In my sessions with women, I motivate them to release their sounds through meditations and movements and it is melancholy to say that many of them feel embarrassed and ashamed to make sounds of relief, even in a guided meditation.

Because we dwell in the society, where we have been conditioned and become judgmental on how, who, when, and where to raise our voices.

The majority of women undergo thyroid imbalance which either makes them obese or makes them lean. Taking time to reconnect with our yoni and throat helps to maintain hormone equilibrium in the thyroid gland which in succession balances in the whole body. Not only that it helps women to take courage to speak their truth, increase their intuition, take space in their lives and enjoy the gift of being born in a woman’s body!
Unlike the current religious institutions, several ancient feminine traditions across the globe, be it India, China, Egypt, South America, Essene, Celtic, to name a few, emphasise on women connecting with the spirituality of their sexual energy, not just for pleasure but for vitality and receiving higher levels of consciousness.

How amazing is that!

We women yearn for love, respect and we want to be explored. Being a woman is a gift!

If are curious to connect deeply to your wild, sensual energy, and consciously channel that awareness to regaining your creative life-force energy, then allow me to take you on an adventure that will gently hold you, as you learn the ancient temple arts of the Jade Egg

The Jade Egg Magic is 21 days of consistent practices to rejuvenate your feminine life force energy from within in a blessed, devoted, and nurturing container.  You can read all about it by clicking the image below –

Are you ready to commit to your sacred sensual sovereign feminine?

Gift yourself The Jade Egg Magic programme and receive LIFETIME ACCESS  to cutting edge information and insights into a whole new spectrum of feminine sexuality. 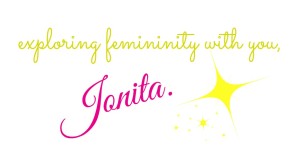